What are Spanish Bluebells?

First of all, they aren't Spanish, as they originated in the Atlas Mountains in Morocco. Nonetheless, this is now how they are known. Their Latin name is Scilla Campanulata, but they are also listed under the name Hyacinthoides Hispanica.

The main picture shows Spanish bluebells in the process of colonising a wood near us in North Essex. The first thing one notices is that they come is three different colours, these being blue, and shades thereof, pink and white. They are not unattractive, it must be said. But like the gray squirrel, which after its introduction moved into the native red squirrel's territory, they have the ability to oust the traditional English bluebell, basically by being much more vigorous and at the same time being good at hybridising with the English type. They establish themselves with great ease and spread rapidly. 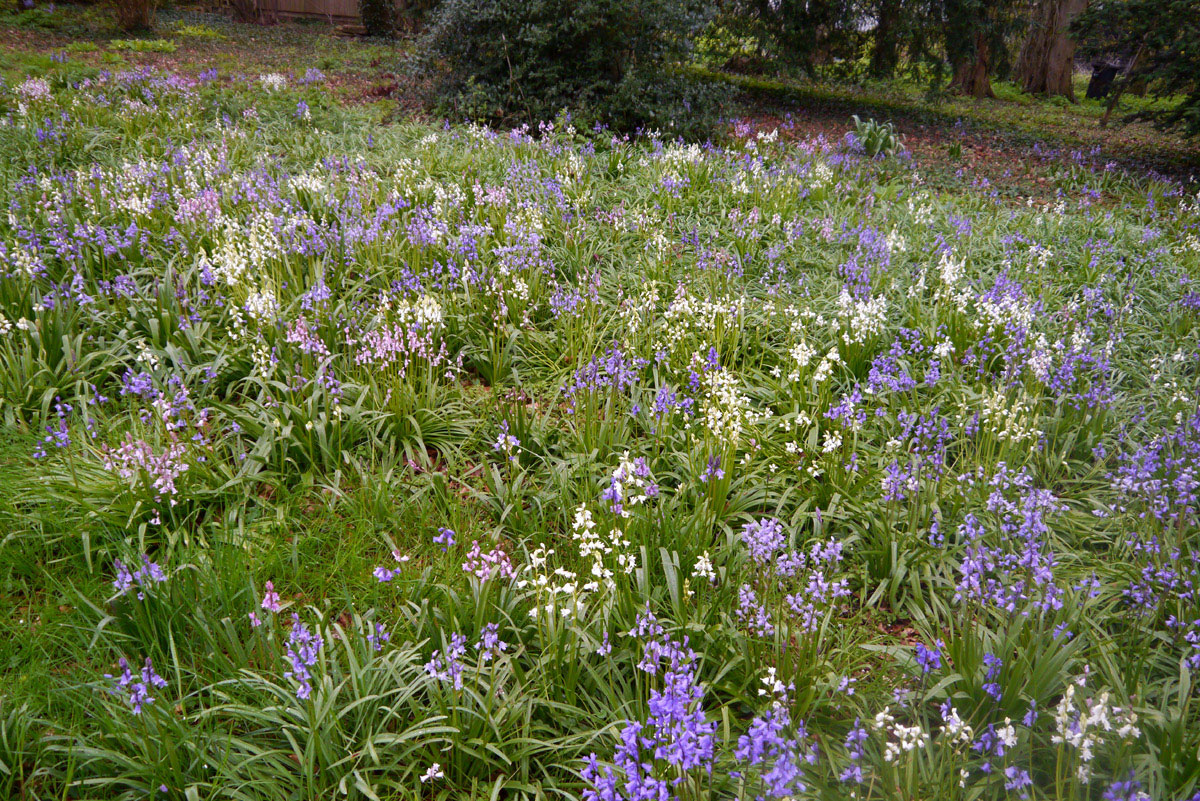 They are characterised by having flower heads which have flowers on both sides of the stem. They have a fleshy leaf, and their flowering period is a month earlier than the English bluebell.

So what's not to like, you may well ask.

THEY ARE EXTREMELY INVASIVE!

They get into everything, and are very difficult to control. In fact in our experience they are almost impossible to control. If you look at the picture below this shows a flower bed about fifty yards from the wood pictured above. It can be seen how the Spanish bluebells have started to colonise the bed. They will grow through paving stones, out of walls, anywhere basically where there is the minimum of soil. Digging them out does not seem to be a solution as they reappear the next year. They seem to drink Roundup for pleasure.

If you want to buy Scilla Campanulata there are many companies that sell them. Just remember, once established, you have got them for life. One should also note that we have had many examples of gardeners who have inadvertently bought Spanish bluebells, as not every retailer is as scrupulous as ourselves in ensuring what is in the bag is what the label declares. If in doubt plant them in a tub and see what comes up. 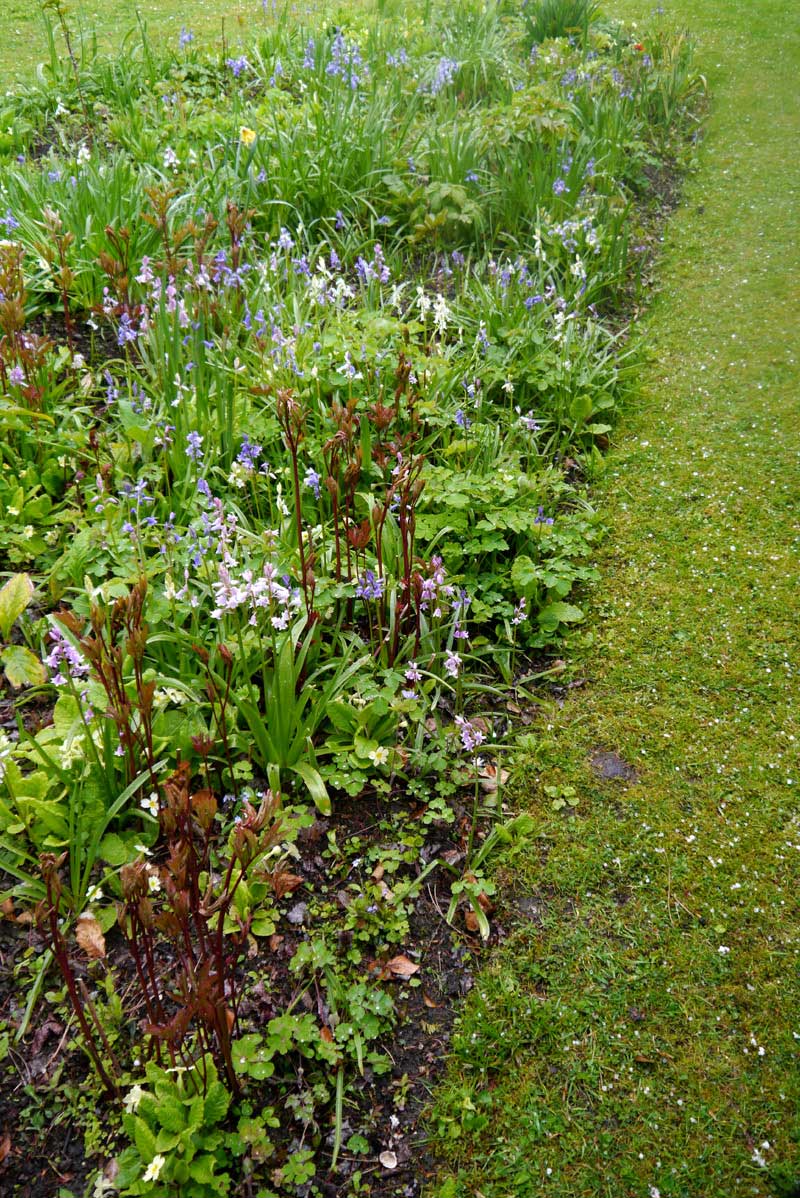